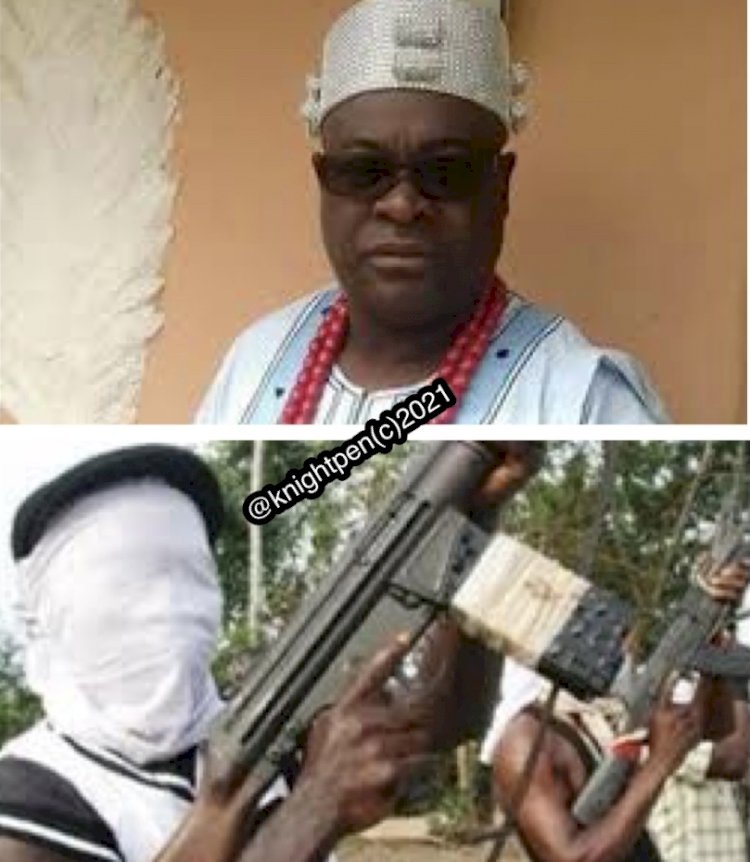 The abductors of the Obadu of Ilemeso Ekiti, Oba David Oyewumi have demanded N20 million ransom from the family for the monarch to be set free. The suspected gunmen which are about six in number on last week Thursday invaded the palace and abducted the monarch around 9pm.

The abductors who fired gunshots sporadically were said to have scaled the fence to the palace and moved straight into the monarch’s apartment and whisked him away. Ilemeso, in Oye Local government Area of Ekiti State is a neighbouring town to Isan Ekiti, the country home of Governor Kayode Fayemi.

A family source said  in Ado Ekiti today that the gunmen contacted the family on Saturday evening and made the financial demand. Although the family have not made arrangements for the money to be delivered, as the police have been informed on the issue and have promised to take the case up to get to the bottom of it.

A close relatives have said; We are really worried by this demand. The family is taking further steps to ensure that Kabiyesi is released as soon as possible,”. The Police Public Relations Officer, Ekiti State Command, ASP Sunday Abutu, also said the police and other security agencies were making frantic efforts to rescue the monarch from captivity.

RIOT IN KATSINA AS REPEATED ATTACKS ON RESIDENTS BY BANDITS CONTINUES