THE MECHANICAL GENIUS IN THE NECK OF AN ANT

Mechanical engineers marvels at the ability of a common ant to lift weight many times heavier than its own body. 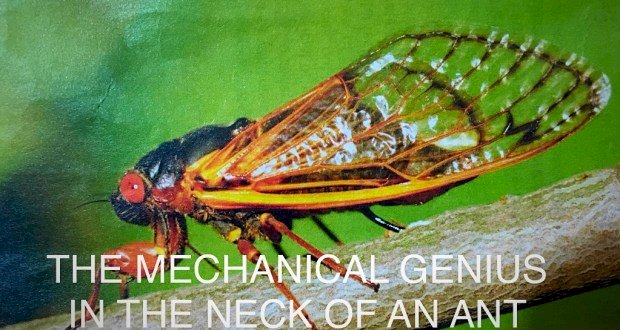 THE MECHANICAL GENIUS IN THE NECK OF THE ANT

Mechanical engineers marvels at the ability of a common ant to lift weight many times heavier than its own body.

To understand it ability, engineers at Ohio state university USA, reverse engineered some of the ant’s anatomy, physical properties and mechanical functions by means of computer models. The models were created using X-ray cross sectional images (micro,CT Scans) and stimulation of the forces an ant generates when carrying loads. A critical part of the ant’s anatomy is its neck, which has to bear the full weight of loads grasped in it mouth.

Soft tissues within the ant’s neck bind with the stiff exoskeleton of its thorax (body) and head in a manner that mimics the interlocking of fingers in founded hands. “The design and structure of this interface is critical for the performance of the neck joint”. Says one of the researchers. ” the unique interface between hard and soft material strengthen the adhesion and may be a key structural design farther that enable the large load capacity of the next joint”.

Researchers hope that a clear grabs of how the ant neck function will contribute to advancement in three sign of man made robotic mechanism.

With all these analysis, did the ant neck with it complex and highly integrated mechanical system evolved or designed?

PHYSICAL BEAUTY; WHY DO WE APPRECIATE IT

HOW TO UNDERSTAND MENSTRUAL CYCLE AND OVULATION PERIOD

OONI HOST EMIR OF KANO IN A TWO DAY VISITS